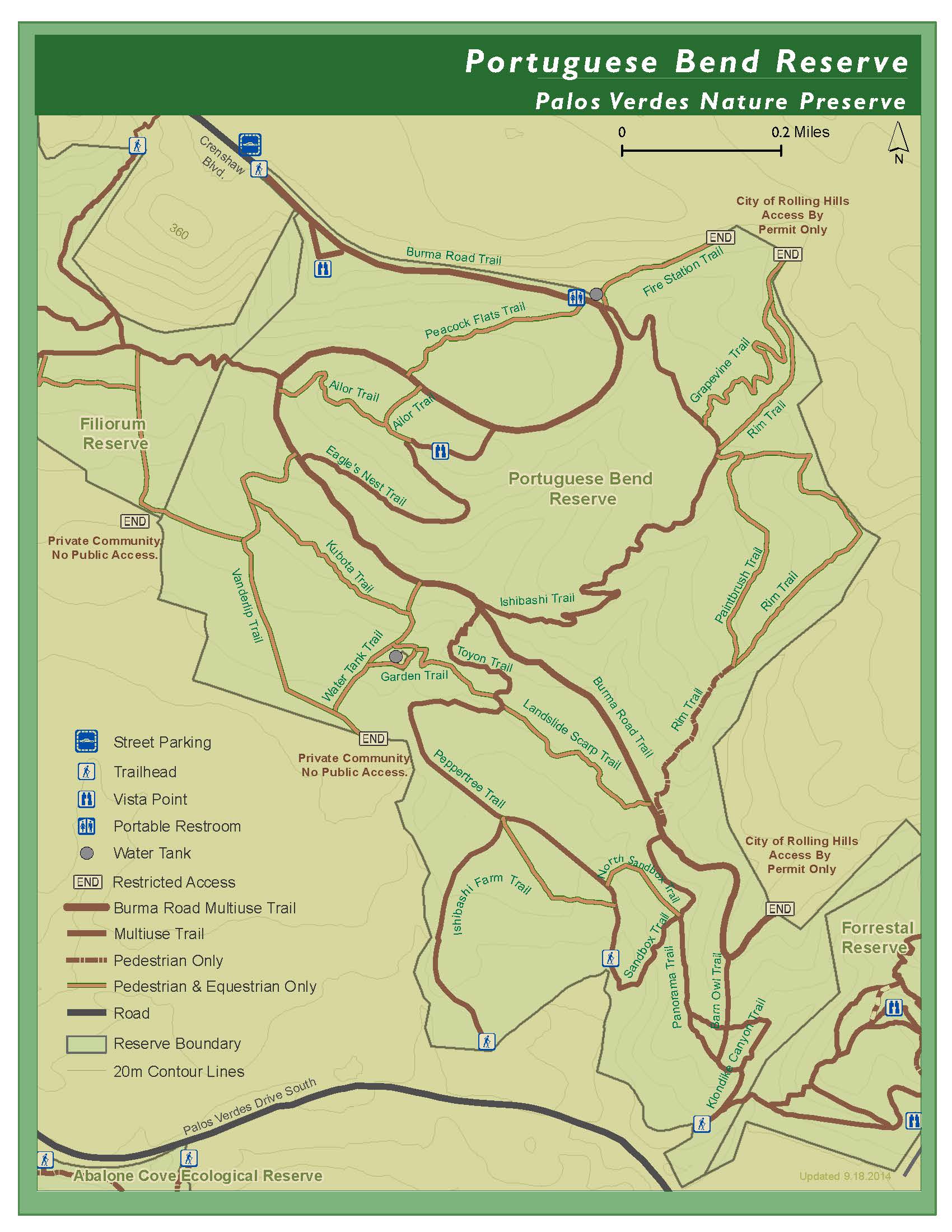 The Portuguese Bend Reserve was preserved in 2005 and is the largest individual reserve within the Palos Verdes Nature Preserve. It consists of rolling hills, steep canyons and rock outcrops, with significant habitat and spectacular views of the Pacific Ocean and Santa Catalina Island.

Located below and to the east of Del Cerro Park, it includes the areas known as the lemonade berry parcel, eagle's nest, the badlands, the active landslide and dirt extension of Crenshaw Boulevard. The Portuguese Bend Reserve has numerous important trails and geological features, such as a pillow lava outcrop called Ailor Cliff named after Palos Verdes Peninsula Land Conservancy founder Bill Ailor.

Included in this Preserve at this time is also the Del Cerro Buffer: a 17-acre parcel immediately below Del Cerro Park. This area burned in 2005, and the regrowth is characterized by many native plants with deep roots that result in increased slope stability.

1 Hour Before Sunrise to 1 Hour After Sunset