On August 4, 2020, the City Council officially recognized and welcomed Sakura City, Japan, as a "sister city" during a virtual ceremonial signing event. Since then, Staff has met with representatives from Sakura City monthly to discuss opportunities to ensure a strong cultural bond and lasting friendship is sustained. Although the COVID pandemic has placed a strain on both countries, Staff from both cities have developed innovative ways to share cultural experiences under current conditions. Both cities have embarked on a virtual recording of webinar programs to exchange cultural traditions, folklore, food recipes, and more.

We hope that through these virtual webinars, it strengthens and fosters the relationship between Rancho Palos Verdes and Sakura City, Japan. Enjoy!

A shared tradition in both countries is reading stories to children, especially before tucking them to sleep. Rancho Palos Verdes began this program with the reading of the American children’s story, "The Little Engine that Could." Mayor Alegria read this story to his four children with his wife by his side, while being filmed by RPVtv. A video link was delivered to Sakura City staff, who in turn, translated the webinar into Japanese.

To commemorate the one-year anniversary of our sister city program with Sakura City, the City fabricated a directional sign identifying the distance between to Sakura City from Rancho Palos Verdes, which is 5,431.53 miles. This sign will be installed at City Hall in the lawn area near the parking lot. The City will host an unveiling event with the City Council this summer that is planned to be streamed live with Sakura City.

Sakura City is printing sister city postage stamp to commemorate the upcoming one-year anniversary. Similar to the United States, Japan’s postal service celebrates people, events, and cultural milestones that are unique to its history. Sakura City includes in its postage, pictures of Rancho Palos Verdes. These pictures include parks, facilities, and ocean sunrises and sunsets.

Both cities are collaborating on hosting a virtual workshop in the near future. The workshop will enable City officials and members of both communities to interact with one another through the exchange of greetings, stories, art, and other forms of discussion through the virtual webinar platform.

In the near future, we hope to host in-person events and programs to grow our sister city partnership. We want to engage Rancho Palos Verdes and Sakura City residents. We will send out information in the coming months on how you can get involved. 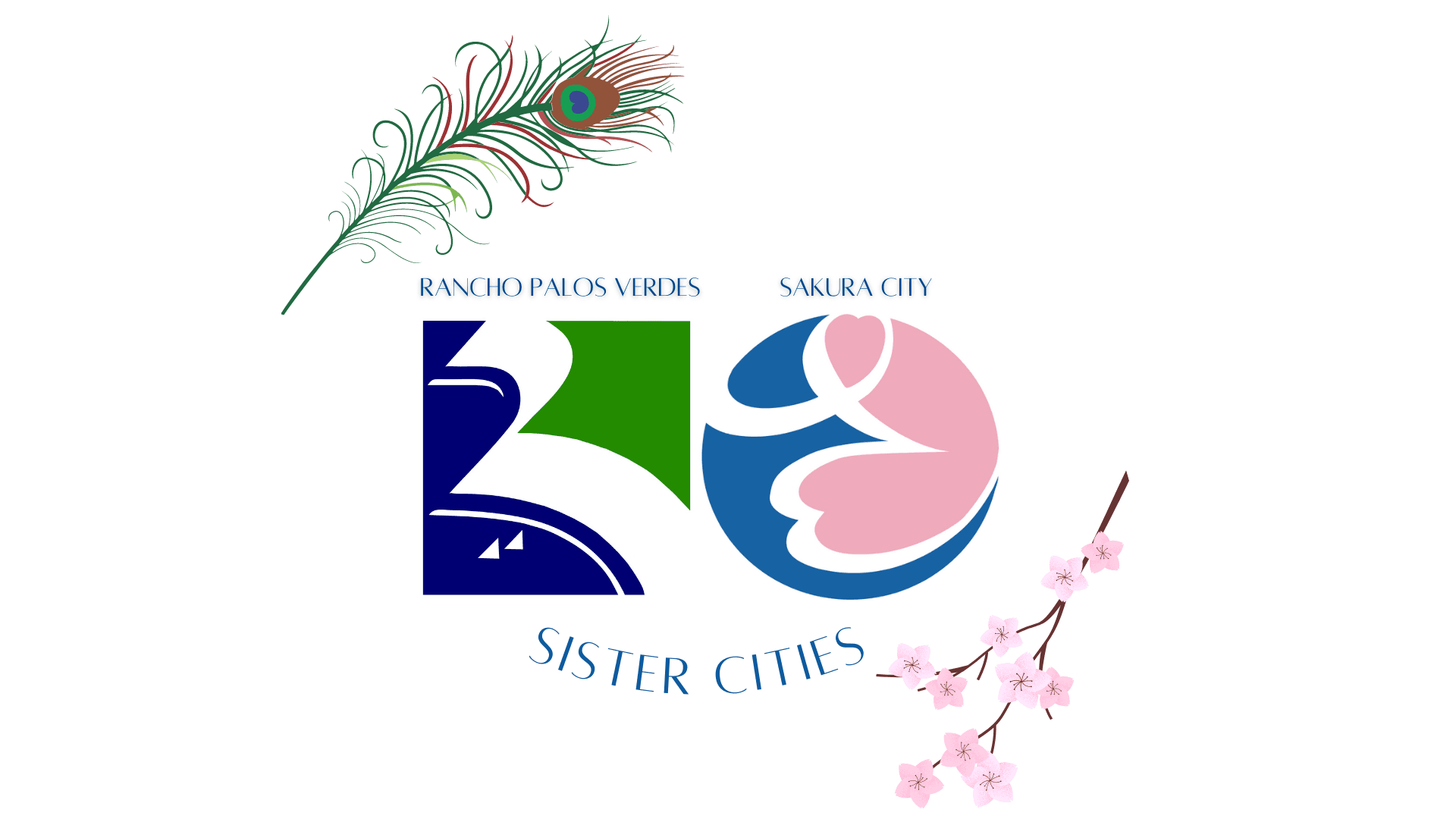