On August 4, 2022, Rancho Palos Verdes and Sakura City celebrated their second anniversary as sister cities. This milestone was marked by a fun and innovative in-person/virtual ceremony hosted by Sakura City and held concurrently in both cities. Highlights included cultural exchange videos, remarks by city officials, the presentation of gifts, a lesson in traditional Japanese dance, and a performance by Yugo Maeda, a 10-year-old violin virtuoso who was born in Japan and moved to RPV when he was 6.

Sakura City gifted RPV with a hand-crafted metal stove engraved with fireworks and both cities’ logos, and RPV gave Sakura City a pair of whimsical ceramic gray whales and other trinkets from the Point Vicente Interpretive Center gift shop. The City also presented Sakura City with flowers in memory of the late former Japanese Prime Minister Shinzo Abe, who died from injuries after he was shot while delivering a speech at a political event on July 8. 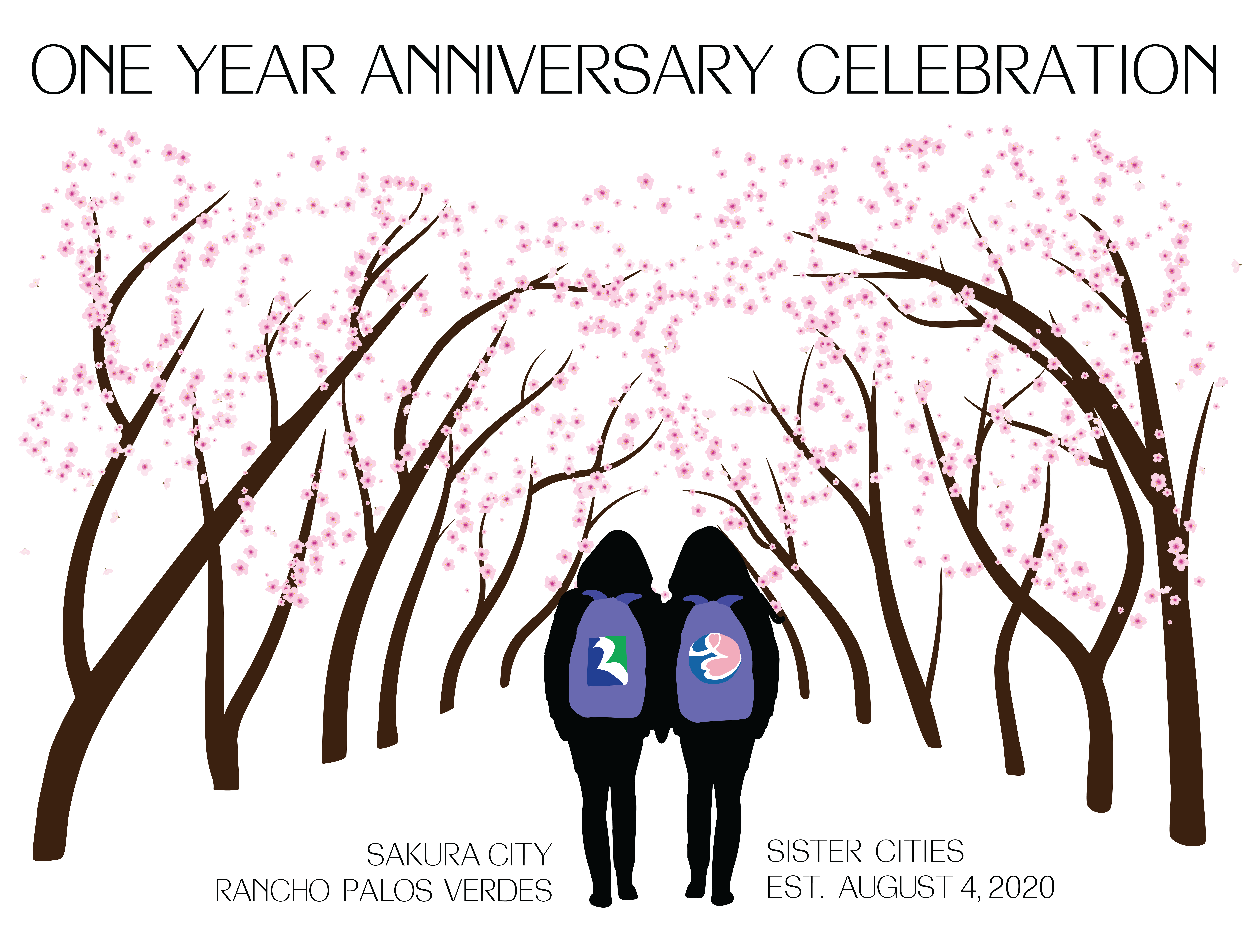 On August 4, 2021 the cities of Rancho Palos Verdes and Sakura City, Japan marked the one-year anniversary of the formation of their sister city relationship with an innovative in-person/virtual event that brought together both cities with guest speakers, music and dance performances, cultural exchange videos, the unveiling of a sister city directional sign at RPV City Hall, and the presentation of a Japanese commemorative stamp collection.

Watch RPVtv highlights from the celebration and swipe for photos below. 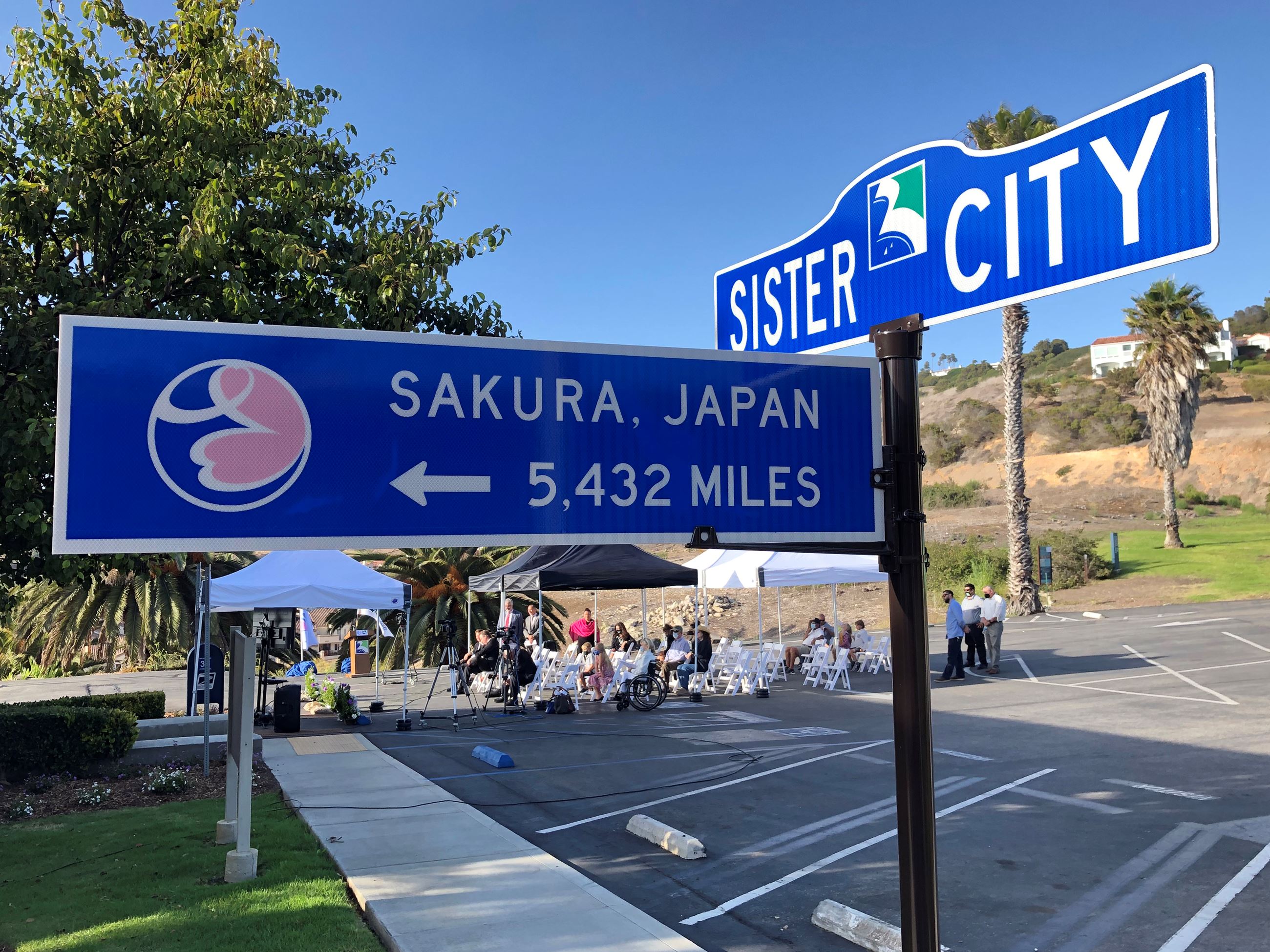